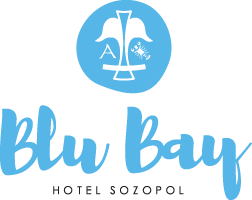 Central beach: Located between the Old and the New town of Sozopol. Easily reached, so gets too many people during July and August.
Harmani beach: Located in the New town of Sozopol. This beach is wider and longer than the Central beach. A big number of small restaurants and places to eat and drink are located nearby this beach.
Gold Fish beach (3 km north from Sozopol): Not far from Sozopol, on the road to Bourgas. This is actually the beach of a camping called Gold Fish, mostly visited by surfers.

Housed in a drab concrete box near the port, this museum has a small but fascinating collection of local finds from its Apollonian glory days and beyond. In addition to a wealth of Hellenic treasures, the museum occasionally exhibits the skeleton of a local ‘vampire’, found with a stake driven through its chest. Enter from the building’s northern side.

This museum occupies a former granary and part of the fortification walls of the medieval town, dating from the 5th century AD. At this time, Sozopol was considered an important defensive post of the Byzantine Empire, with its capital at Constantinople (Istanbul). Visitors pass by some interior defensive walls and a well going back to the 3rd century BC. That said, it’s a bit underwhelming. Even if you skip the museum, walk under the arch to see the sea views.

The largest Bulgarian island in the Black Sea (0.7 sq km), Sveti Ivan lies 3km north of Sozopol’s old town. The island’s history stretches back to Thracian and Roman times, and includes a monastery from the 4th century AD. Sveti Ivan made international headlines in 2010 with the purported discovery of the remains of St John the Baptist. There are no scheduled excursions to the island, but private trips can be arranged along the Fishing Harbour; expect to pay from around 50 lv.